2021 was a good year for music. And yes, recently it seems like we’ve been saying that at the end of every year, but 2021 really earned its keep. Throughout genres, brilliant projects have been released over the past year. I’ve made it my mission to listen to as many of them as possible as the months have passed, and after careful deliberation, this is the list that I’ve compiled of the best. Needless to say, it is entirely subjective. Also, despite my best efforts, there are many albums which I did not get round to listening to this past year. With that being said, these are 15 projects released in 2021 which I believe deserve your time and attention if you haven’t heard them already.

For years, Young Thug has been one of the most interesting voices in modern hip-hop, with an unconventional vocal delivery that intrigues the listener and surpasses traditional genre conventions. Though not all of Thug’s releases exemplify such a unique role, it was my great pleasure to find that Punk did, and in flying colours too. Thug’s eccentric musical individuality is on display throughout the project, traversing between hip-hop, pop, folk, and countless other genres, while remaining wholly recognisable and captivating.

If I could only use one word to describe Antônio Neves’ A Pegada Agora é Essa (The Sway Now), it would be this – groovy. This album is undeniably and infectiously groovy. With tracks that blend the upbeat percussive elements of Brazilian music with the unpredictability and free-flowing unorthodoxy of jazz, it is a thrilling project, and one which is impossible not to move to.

I have been a fan of Lana Del Rey’s music for many years now, and yet she still finds ways to deliver projects which surpass any of my expectations. Following on from the triumph of her previous release, 2019’s Norman Fucking Rockwell!, Chemtrails Over the Country Club is a masterfully executed pop album that exemplifies what has made Del Rey such an exciting voice in the genre for the past decade: uniquely moving vocals, a grandiose golden-era sheen, and atmospheric lyricism that compliments the musical landscape at every turn.

Hovvdy’s True Love is an album that continuously took me by surprise in all the best ways. Having not been familiar with the duo’s music before this past year, I didn’t know what I was in for. I soon had an answer to that question – True Love is blissful, washed-out alternative indie pop rock that makes you feel as though you are on an early 2000s road trip through the hot leafy backroads of North America, with a lover by your side and a contentedness in your heart.

Malandro 5 Estrelas is an album I discovered sort of by chance. I was searching for good recent Brazilian albums to listen to and came across an article which recommended this new outing from Índio da Cuíca, and boy, am I glad it did. Malandro 5 Estrelas is a joyful blend of traditional Brazilian sounds, particularly effective with its somewhat cheerful, somewhat melancholic samba motifs. The project is driven forth by percussion, with an unsurprising emphasis on the cuíca friction drum, and its irresistible tunes are sure to transport one to the bustle of a Brazilian metropolis.

Sob Rock is about as far from innovative or experimental as an album can be, yet this works to its advantage. Throughout the project, Mayer utilizes a pastiche of 80s new wave synth rock sounds as backing instrumentation for excellently crafted and catchy tunes. Though the album is self-aware and doesn’t take itself too seriously, it is also filled with charming honesty and whimsically sincere songwriting.

9. The Darker the Shadow the Brighter the Light – The Streets

This was a project that flew under the radar for a lot of people this year. It is in fact a confusingly titled new outing from The Streets’ frontman Mike Skinner, released under a much longer artistic pseudonym and with very little in the way of promotion. Regardless, for any who enjoy Skinner’s raw poeticism and idiosyncratic delivery, it should be a must listen. On this album, the UK grime and garage legend once more tackles a range of interesting lyrical topics, and the production that underpins his messages is full of punchy and melodic electronic goodness.

Weezer’s discography is one that divides many of the band’s fans. The debate about which of their releases are the best and which are the worst is often heard, but few will disagree that OK Human is one of the most mature and ambitious Weezer projects to date. With Rivers Cuomo’s imaginative yet introspective lyricism beautifully complimented by a triumphantly baroque orchestral rock atmosphere, this grandiose album shines throughout.

7. Tyler, the Creator – CALL ME IF YOU GET LOST

Over the past decade, it has been a treat to watch Tyler, the Creator’s artistic growth. In Bowie-esque fashion, Tyler reinvents himself for each album release – style, persona, visuals, etc. His most recent releases, before 2021, had generally centred on a jazzy, somewhat lo-fi indie R&B sound. Albeit undoubtedly great projects, many (myself included) missed the rawness of some of Tyler’s earlier, more rap-centric projects, such as 2013’s Wolf. In CALL ME IF YOU GET LOST, Tyler embraces this style as part of a renewed approach, with charismatic bars and an abrasive flow atop fascinating production and hilarious narration from DJ Drama.

The Melodic Blue blew any expectation that I had for a Baby Keem project out of the water. This album is a messy wonder – songs that are harsh and abrupt, bizarre and addictive, meandering through a wide assortment of complex beats and instrumental arrangements, while Keem’s unorthodox delivery punctuates each second with heaps of personality. The 3 great features from his cousin Kendrick don’t hurt, either.

5. Billie Eilish – Happier Than Ever

It seems like only yesterday that Billie Eilish released her brilliant debut studio album WHEN WE ALL FALL ASLEEP, WHERE DO WE GO? in 2019. When I heard that Eilish was dropping a new project this year, I struggled to believe it could top the gritty darkness of its predecessor. Yet, in some miraculous way, it’s just as good. Though a less cohesive effort, Happier Than Ever triumphs by being an antithesis to her first album: these songs are less ominous, often more upbeat, nevertheless containing an overarching sorrow that is present throughout her best work. The album showcases Eilish’s versatility and affirms her identity as an artist who not only has staying power, but who is continuously innovative.

Porter Robinson’s Nurture is one of those cases where an album’s cover art (a picture of Robinson lying face down in a flowery field of grass) looks exactly the way that the album’s music feels: like pure unadulterated joy. Nurture is a glamorously glitchy EDM pop album with a lot of heart, and it is that heart which comes through in the project’s tracks – somehow both vividly energetic and blissfully peaceful.

Actual Life is producer Fred again’s fascinating reflection of a confusing and emotionally charged year. Utilizing a production technique centred on bending and moulding soundbites of conversations, speeches, and the ambience of everyday life, it is one of the most exciting electronic projects I’ve heard in a while, its vast assortment of samples and of instrumental layers paradoxically contributing to an album that feels intimate and genuine.

Whilst Kanye West’s 2019 foray into overtly religious Christian music JESUS IS KING provided a dogmatic, more generalized view of faith, 2021’s Donda presents a highly idiosyncratic and captivating portrayal of worship. Meandering and chaotic, it is an album bursting with rich ideas, expertly orchestrated features, and some of Kanye’s most poignant lyricism and emotionally charged vocal performances. In the end, the immense anticipation that preceded Donda‘s release was warranted – it is a spellbinding and momentous body of work.

There are few, if any, projects that can so successfully encompass the effects that the pandemic has had in relation to mental health, as Bo Burnham’s Inside. Not only are these songs the stars of Burnham’s brilliant and emotive Netflix special, but they also stand perfectly on their own in the context of an album, serving as portraits of an emotional state in spiral, a consequence of isolation, of pressure, of confinement. There is humour here, and it is effective, but it often serves largely in support of Inside’s greatest strength: its honesty. This is a project driven by honesty, and Bo’s unwavering commitment to honesty throughout the album has allowed him to produce songs which are at times comical, at times haunting, and always deeply powerful.

So there you have it, my top 15 favourite albums of 2021. What do you think of the list? What did I miss out? What’s your favourite album from the past year? Let me know in the comments! 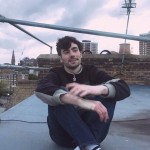 Journalist and musician from London