Last week the Victoria’s Secret Instagram saw a change in content and colour as they announced their new ‘VS Collective’ with a series of black and white posts. Described as ‘an exciting new partnership platform’, it marks the move away from the traditional and long-standing Angels in favour of a group of seven partners, including Priyanka Chopra, sporting titles such as ‘LGBTQIA+ Activist’, ‘Entrepreneur’, ‘Body Advocate’, ‘Pay Equity Crusader’ and ‘Mental Wellness Supporter’.

The line-up includes professional athletes, members of the LGBTQIA+ community, people of colour and a plus size model. At first glance this appears to be a great attempt by VS to diversify their image, however is this too little too late?

The ‘sexy’ image that VS is famous for selling has been feeling outdated for years now, especially when compared to the refreshing CHEETAH of Rhianna’s Savage x Fenty, praised for its representation and inclusive sizing. Famously, model Slick Woods walked Rhianna’s runway in 2018 nine months pregnant and was in labour mere hours later. The body positivity movement has been gaining momentum since the start of the ‘third wave’ in 2012, with more and more companies embracing this attitude. Yet, VS are only getting the memo almost a decade later.

It is not as if other companies have been as slow on the uptake. Earlier this year, Cosmopolitan revealed their February cover which featured 11 women with different bodies, one of the most inclusive representations of women seen in a mainstream magazine. Even Barbie, a figure and idea previously criticised by feminists for the unrealistic ideals the toys used to impart on children, have been making strides in producing toys for a modern audience. Mattel launched the Barbie ‘Fashionista’ line in 2016, with 3 different body types, 7 skin tones and more customisable features, and the line continues to expand to this day.

So why has VS taken so long to catch up, and why do their attempts feel forced and stale? It is not as if the brand were unaware of their controversial status: the practice of using angels in their shows was long criticised, not only for what the models themselves went through, but the impact it had on their audiences. YouTube is filled with videos of people attempting the diets and workouts of various VS angels, all attempting to achieve the impossible. In an article written in February, the new (male) CEO of VS said, “We needed to stop being about what men want and to be about what women want.” The fantasy bra that the VS show used to be built around is an apt representation of the brand: an unattainable image catering to the male gaze and reinforcing the stereotypes that women have been challenging for years.

A thought piece from the New York Times said in response to this new direction that it was ‘better late than never’. I find this difficult to agree with. The past few years have revealed which brands care about their customers and great efforts have been made to keep up with the changing attitudes to best reflect what a modern and feminist audience want to see. This drastic, and quite obviously desperate, change in direction from VS, is not something I see as a win in the body positivity movement. While I am curious to see how this will affect their products and marketing in the future and I understand that, for young women, seeing diversity in such a well-known brand is important, I am more interested to see how brands and media outlets who are already making efforts will continue to grow. 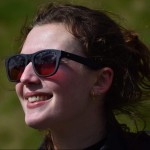