One year, one room, one cripplingly self aware comedian – welcome to Bo Burnham’s new Netflix comedy special, Inside. Five years after his last show Make Happy in 2016, Burnham sits surrounded by tangled wire, cameras and a piano and, over an electropop score, asks questions of ethics, mental health, accountability and whether or not he should have made this show at all.

Yes, this is a comedy special.

The piece is made up of songs and sketches that Burnham shot and performed over the course of the last year. These are inter-cut with behind-the-scenes footage of Burnham editing and setting up camera angles as well as talking directly to the camera about his mental health and his own social commentary.

Burnham immediately continues the exploration of his relationship to his audience from Make Happy, which included the penultimate song ‘Can’t Handle This (Kanye Rant)’ where he wrestles with his authenticity as a performer and his need to please his viewers. Throughout Inside he continues to try and interact with the audience, whether through his own analysis of his position as a performer, physically coming closer to the camera and addressing the individual, or filming his full “set” with as little performance as he can while still allowing the audience to see what he chooses to show. Even with the direction and editing, the high quality lens, and the array of colourful lighting to create a full production show, Burnham adamantly does not let the viewer forget that he is performing to an empty room.

Another major theme of Inside is the complex and addictive relationship between the individual and the internet. Burnham explores this through depictions of gaming livestreams, reaction videos and the square lens of Instagram. This begins to give us a sense of Burnham’s own personal relationship with social medias – the attempt to have meaningful connections with friends, family and partners throughout the pandemic despite the monotonous feeling it brings; struggling to feel creative and productive while being both physically and mentally stuck; taking accountability for your past self’s actions in a social landscape rife with “cancel culture”. These are just a few examples of the incredibly specific and terrifyingly universal experiences that Burnham captures in his writing.

What I found myself most drawn to was how Burnham has encapsulated the horror of self awareness in the modern age. Even as he critiques and satirises how media reduces life down into perfectly sized consumable packages so that large corporations can make a profit, he himself acknowledges that he is one of the people who benefits from the masses who view and pay to see the work he creates. This is further reflected in the sheer number of short songs and sketches he fits into one special. While the shifts between scenes and tones are abrupt and off-putting, this also mirrors the feeling of endlessly scrolling through social media platforms and interacting with thousands upon thousands of short-form content from around the globe.

Already, these consumable jingles have flooded onto TikTok and are now the underscore for fleeting one minute videos. Is this clever marketing? His worst nightmare? Regardless of whether this was his intention, Burnham is too intelligent of a creative to be ignorant of how his show would feed the viral cycle of the internet: the viewer not knowing his intention is a key element of his work. The self aware paradox that Burnham articulates is interlaced throughout the show in discussions of performativity, the position of a white male activist and being someone who is painfully conscious of their own mental illness.

Though I would advise taking into account your mental state before heading to your Netflix account, Inside is a highly crafted masterpiece of meta-humour, social commentary and emotional gut-punches that will leave you stunned and uncomfortably conscious. 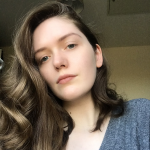