Those who have indeed been ‘Keeping Up With The Kardashians’ may have seen the controversy unfold regarding a leaked, unedited photo of Khloé Kardashian’s body. The photo in question was a candid of the star standing by the pool in a bikini looking happy, comfortable and most importantly, completely natural. And while a lot of fans saw this as a positive thing and promptly began re-posting it, Khloé was adamant that the post be taken down. This reaction from Khloe caused a lot of people online to feel disappointed – and honestly, I can say that I felt the same way.

I, personally, am not a massive fan of the Kardashians but I found myself being frustrated by the fact that a perfectly normal photo, one that was relatable and refreshing to see amongst all the filtered bullshit of social media, was taken down. I remember thinking that this could have been an opportunity to set a really good example for the millions of young followers who would’ve been comforted knowing that the persona celebs portray on social media is exactly that, a persona and doesn’t always correlate with reality – and that it’s okay.

A lot of the time, the ‘reality’ that people portray on social media is only the rose-tinted, posed, edited version. On the surface, this might just seem like a given; that showing the best version of yourself isn’t necessarily a bad thing, right? However it does become a problem when we begin to compare ourselves with a fake persona that we’ve created online – holding ourselves to the unattainable standards of filters and facetune. This is something that a lot of people find themselves doing, myself included, but the best way to fight these toxic comparisons is to break the illusion.

There is a famous saying, ‘With great power comes great responsibility’ and Khloé, as an influencer has the responsibility of being a role model for many young people, whether she wants to be or not. I suppose it’s the ugly truth of being a celebrity in today’s world. After the photo was removed, Khloé wrote in a separate post, ‘The pressure, constant ridicule and judgement my entire life to be perfect and to meet other’s standards of how I should look has been too much to bear’.

Even though I believe that Khloe could have done things differently, I also can understand why she felt compelled to cover up a side of her no one (publicly) seems to see. I sympathise with Khloé because of her traumatic experiences with the negative side of fame – the bullying. I can’t even imagine what it must feel like to grow up under the microscope of reality TV and have all of your flaws pointed out to you by complete strangers. This constant, unavoidable bullying would lead anyone to be self-conscious of themselves and I get that a photo that was posted without her knowledge or consent made it a lot harder to control her carefully cultivated image.

However, this is where my empathy ends and the need for change becomes obvious. The truth is this situation goes a lot deeper than just an unwanted post. This is about the rejection of body positivity and self-acceptance from a member of a family that is notoriously known for promoting and profiting from diet-culture. Let’s not forget the appetite-suppressant lollipops and ‘flat tummy’ weight loss tea that the Kardashian-Jenner clan have advertised to their young, impressionable demographic in the past. A perfect example of using their power and the responsibility that comes with it, to feed into the damaging world of diet-culture. And even though Khloé appears to be caught in the snares of public image insecurity, taking a stance against this kind of toxicity would end up generating much more positivity and self-love for her followers.

There needs to be a change in the system, something to break the vicious cycle that the Kardashians seem to be maintaining. And a photo promoting self-acceptance could have been a really good start to an ongoing battle against diet-culture. 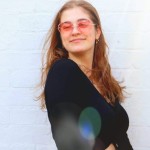