On Sunday a group of women marched to reclaim the streets of my local town. I stayed in bed. The day before I had been bitten by a dog while out running. I lay looking out of the window and a man walked his dog down the street outside. I decided it was just as well I’d stayed in bed – going outside would mean exposing myself to more dogs… I soon told myself that was ridiculous. Most dogs don’t bite. The vast majority are completely fine. But my body carries cuts that will become scars and every aching movement reminds me of that one time when it was not completely fine.

‘You shouldn’t have been out running alone’, ‘You shouldn’t have gone to a place where there might be dogs’, ‘You shouldn’t have worn shorts.’ Voices down the phone asked, ‘Was it something you did?’, ‘Do think you might have encouraged it to bite you?’, ‘Were you sweating?’, ‘Did you go too close to it?’ Similar questions were circulating in my head too. Shock has swirled my memories of the incident into a blur but I looked back, trying to decipher what I might have done wrong. I felt sure it must be my fault.

‘Perhaps you should carry some kind of alarm or dog whistle’, ‘Make sure to cover yourself if you go out again’, ‘Don’t go to that place again’, ‘Don’t run anywhere where there might be dogs’, ‘Don’t run alone anymore.’ It occurred to me that I’d heard variations of these phrases before. I have been given rape alarms, told to dress responsibly, to stay away from un-lit streets; told that it was unsafe for me to walk outside alone.

As a woman, I have been raised with an awareness that the streets are not my own. The outside world has been presented as a place in which I am vulnerable, a potential victim, and the onus has been placed on me to predict, prevent and protect myself from attack. As women, we accommodate our actions and shape our behaviours to frustrate our potential attackers. As women, we are taught to walk cautiously so that others can walk freely.

Women who fall under attack are often looked on with suspicion; seen as the instigators rather than victims of violence and abuse. They are also perceived of as potential liars. A policeman stopped his car at the sight of my bleeding legs. I told him what had happened. He asked questions like, ‘What breed of dog?’, ‘What did the owner look like?’, ‘Exactly how far away from the owner were you?’, and I didn’t have the answers. I worried he might not believe me. A map of the dog’s jaw was cut twice into the skin of my legs, yet I still worried he might think I’d made the whole thing up. When the police officer spoke into his radio, he described me as “the victim” – I could not help but feel like a suspect.

At the hospital, they searched through my bites with a blunt needle, looking to see if a tooth or trace of infection were discernible within the cuts. Then they taped my skin together, dressed and covered the wound. I can’t see the cuts but the skin around the bandage is a deep shade of purple. I can’t wash or run for a week. I’m to swallow pills three times a day. I can’t help but feel I’m the one being punished. I wonder again what I did wrong, try and think of how I might have prevented this from happening.

Lying in bed, my thoughts return to the women out marching, and I decide it could be much worse. I think of the medical checks women have to go through following instances of attack and abuse. I think of the scars, physical and mental, those women must carry every single day after. I now have an inflated and unwarranted fear of all dogs, but how incomprehensibly terrifying it must be to walk the streets as a survivor of a human attack.

Our streets cannot be made entirely safe, but they can and must be reclaimed. It seems to me that recognising fear is the first step to recovery. Just as women have spent centuries adjusting their actions in case of attack, so the time has come to actively work to accommodate and lessen female fear. It is about time that our streets were shared, rather than dominated. It is time to work together to ensure that everyone can feel safe to walk outside alone.

It is also time to please keep your dogs on the lead. 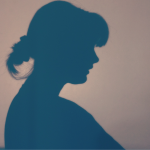