It has been over two weeks since Piers Morgan left Good Morning Britain following his slew of provocative comments towards Meghan Markle. The consequent national outrage has brought vital conversations surrounding mental health to the forefront. How much progress have we actually made when it comes to discussing mental health openly? Is there still a taboo? Sadly, Piers Morgan has only perpetuated dangerous stigmas towards mental health sufferers – particularly those with suicidal thoughts.

The distressing reality of Meghan Markle’s mental health struggles was revealed in Oprah Winfrey’s interview. At the height of all the criticism she was facing, she was brought to such a “breaking point” that she contemplated suicide. She said, “it was very clear and very scary…I just didn’t see a solution.” She then confessed how if she hadn’t spoken out about her pain, she believes she’d no longer be here. “But I knew that if I didn’t say that [to Harry], I would do it [hurt myself]… and I just didn’t want to be alive anymore. That was a very clear and real and frightening constant thought.”

If this wasn’t shocking enough, constant vilification and racist remarks by the tabloids have meant she wasn’t even able to see a friend. Palace officials reportedly told her to stay at home due to her becoming “oversaturated” in the press. As such, her support system, something that’s key to aid recovery, was cut off.

Her heart-breaking revelation hit home for many people who have felt suicidal. Cosmopolitan writer, Jennifer Savin wrote about some of the parallels between her story and Meghan’s. “I too have been suicidal in the past and reached out for help, only to be brushed off. At the age of sixteen, when feeling completely alone and unable to cope…I’d wanted to stop the feelings of intense pain and had self-worth the size of a crumb.”

After watching the interview, myself, it brought up a lot of raw emotions dating back to my teenage years; sometimes the bullying got so severe that I became emotionally exhausted. Struggling with your mental health day-in and day-out is arduous and can end up feeling inescapable. I could rarely articulate how I was feeling and struggled to open up to people. Looking back now, I know this was mainly due to the fear of being seen as a burden or a “drama queen” – a name I’ve been called before. Unfortunately, this social stigma still seems universal.

A recent study by the Mental Health Foundation revealed that “nearly nine out of ten people with mental health problems say that stigma and discrimination have a negative effect on their lives.” Throughout history, society has generated pejorative stereotypes about mental illness – that it is a symbol of a dangerous character, or simply “attention seeking.” Piers Morgan has only fed into this detrimental narrative in criticising Meghan’s admission on Good Morning Britain. He said: “I’m sorry, I don’t believe a word she says. I wouldn’t believe her if she read me a weather report.”

Coming from a man who has previously told sufferers to “man up”, Piers invalidating Meghan’s mental health struggles didn’t come as a shock to me. Emotional illiteracy comes second nature to him as even with over 57,000 Ofcom complaints, Piers stands by what he said using the “freedom of speech” defence. Interestingly, this was also broadcast whilst ITV was running the “Get Talking” Campaign. The hypocrisy is truly astounding.

Whilst Morgan has been known to stir up ire amongst the general public, perpetuating mental health stigmas this way is so dangerous and irresponsible. His aspersions feed the narrative of “mental health shouldn’t be discussed because no-one will believe me and they’ll just see me as attention seeking.” Sufferers would as a result, take on so much emotional burden and others may be forced to endure in silence for fear of being invalidated.

Not having anyone to support you can leave you trapped in a negative pattern of thinking. Those who are in that frame of mind struggle to rationalise. Thus the myriad of hateful and degrading comments littered on social media disbelieving Meghan may cause her to carry around even more pain and shame. Is this the example we want to be setting? Why are we letting people suffer so much?

Luckily, many charities like Mind have spoken out about their disapproval of Morgan’s comments. “We were disappointed and concerned to see Piers Morgan’s comments about not believing Meghan Markle’s experiences about suicidal thoughts today,” the charity said. “It’s vital that when people reach out for support or share their experiences of ill mental health that they are treated with dignity, respect and empathy.”

Stigma can only worsen someone’s mental health difficulties, causing them further stress. Meghan Markle has been so brave in coming forward about her struggles; she has set an important precedent for how mental health struggles should be discussed – openly and respectfully. However, Piers Morgan represents a large part of our community that treats mental health as something insignificant or to be dismissed. And quite frankly he has no right to. No-one has the right to pass judgement on your mental health except you. 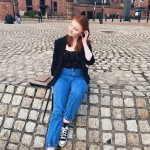