‘Could I use Kitten as my name? If I am named Kitten, is it weird [sic]?’ the robustly heterosexual Chinese student asked me. This was in response to a research question I had posted on a language learning app about how foreign students choose their ‘western’ names.

My immediate instinct was to reply, “Yeah, that’s pretty weird”. So I did. I should have seen the next inciting incident coming. A red notification led me to a reply from a Russian man addressed to Kitten:

As fast as I had planted my seed of political incorrectness in Kitten’s head, I had been passive aggressively rebuked by someone else. Fearing the onslaught, I replied to the Russian: “Actually, you’re absolutely right”. A quick look at his profile posts revealed he was a proud gay man, blooming out through the rendering of a masculine Kommunalka of a generally homophobic Russian society. Being gay in Russia isn’t the easiest of things by any accounts and this partisan of linguistic liberation challenged me and put me firmly in my place.

But what would you say? And does it matter?

The culture we come from, or have come to has great importance on our desire to fit in. Immigration in the UK has led to a great wealth of multicultural mosaics in society, but unfortunately it has also reinforced the Us – Them dynamic. Whether it is systemic, explicit or latent, it exists. For some, having a ‘foreign’ name might induce dread and anxiety. Changing or altering a name, or being given a nickname could produce frustration and a loss of power and identity. On the other hand it could provide an easier transition into assimilating with that culture. What is evident though is that the complexities of microaggression goes beyond simply mispronouncing a name and meanders.

What’s in a name?

Names are potent identifiers of our personhood. They can enrich our identity, or denote to some greater social issue (Karen pops to mind). If not sacred, name giving is an acutely important rite. Naming a pet could take days, or even weeks because you wait to see if the name fits the personality; however, we feel we must name a human not long after it’s left the birth canal. Either way, the process and ceremony goes through a lot of thought. Just like we didn’t choose to be born, we couldn’t choose our name. Yet, when a celebrity names their child Peaches or Star, the nation seems to groan with cringing pains. The line between liberation, creativity and pretentiousness appears very thin and the entanglement becomes much deeper than expected. While the right to choose your own name should be a liberating act, you could be accused of cultural or religious misappropriation if in the wrong context.

After living in China, it was apparent that giving yourself a ‘western’ name adorns the wearer with a new found badge of identity. The freedom to choose a name is daunting yet irresistible. It is usually encouraged during education, most commonly the English teacher, or the Xinhua dictionary has the noble duty of choosing their students’ namesake. Failing these two methods, students can choose their own, just like Kitten or Ruby, Star, Cherry, Pink, Anchor. Usually there is a relation to their own Chinese names and characters, or their favourite TV series characters (Peaky Blinders, GOT, Downton Abbey), or could relate to their favourite hobby, food or personality.

All well and good, but what does this mean for the conscious European who is now facing the prominent challenge and phenomenon of microaggressions? Now, we enter into a whole new foray of complexity and nuance that interacts with deep seated, implicit bias about what a ‘normal’ name is, what a ‘weird’ name is.

By association, a young, twenty three year old Chinese girl introducing herself to you as Cherry could lead you down all sorts of alley ways, brothels and online sex web chat. There is an instant pang of judgement and disbelief that they’ve actually chosen this name with which to be identified. That usually leads onto asking questions such as ‘Is that really your name?’ or ‘how did you choose that name?’ while you choke on the nuts you had been eating.

Well aware of the euphemistic connotation, a Chinese chemistry student in Germany named Dong (his Chinese name), told me of his experience: “My name is spoken nasally…sometimes Germans hear it wrong and they repeat my name like Dom (Cathedral) or dumm (stupid).”

He goes on: “My name is Dong, like the doorbell, ding dong, but I have no brother, so no ding, only dong. The people are very glad to hear that because of my sense of humour [sic]” Dong’s maturity towards the issue allowed him to explain his name in a playful and open minded way that became a useful lesson.

Giving, choosing and the power of self-identification

At the confluence of objectivity and subjectivity lies the law. A fellow journalist from Azerbaijan divulged that the government prescribed a list of preferred names for parents when they come to register a newborn baby. She explains, “The list is not something obligatory, it is made to prevent parents from giving their children names, such as Drunken, Hairy, Hitler, It-was-snowing. [But] This list…of banned names has no law power [sic]. Every citizen may enjoy calling their son or daughter Grandfather, Nut, No More Girls, Smashed, Cucumber.”

She then raises an interesting point: “I imagine the feelings of someone named Nut. To let these people name their children as they wish is a crime against humanity and a violation of children’s rights.”

A name is like a law that’s been given to us from birth. It’s a double edged sword though. You have that law you were given, you own it, it’s yours and you identify by it. But breaking that law by changing it or being hard to pronounce leads to exposure, embarrassment and consequences. Breaking that law in some cases is completely inadvertent, you weren’t even aware you broke someone else’s law. Those who don’t understand your law – your name –  can break that law, playing the game of names like an authoritarian regime. Their better laws. All of this leads to what Sartre calls mauvaise foi, or bad faith. We subscribe to the notion that we deceive ourselves without the freedom to choose because we fear the consequences. Kitten was a good example of this.

We can either take the responsibility to assist and encourage individuals through the laws of freedom, or we can choose to suppress through those very freedoms. Those who decide to lie outside conventions put themselves in exposed positions, but in good faith, they persevere in challenging these conventions, prioritising the values of an egalitarian, diverse and inclusive society. Whether banning names is instrumental in protecting or controlling, engaging in identity politics and social justice movements is fundamental in creating invigorating social dialogues that share an emancipatory energy for the celebration of difference while challenging the status quo.

The matter of microaggressions could be reduced simply to the point that some people lack basic consideration and awareness; thus they lack general manners which breaks the recognition of a mutual respect. Microaggressions are the breaking of this basic code. To be attentive and conscientious to other people’s concerns consequently earns respect, however ‘different’ someone’s name might be. Whether you believe microaggressions are real issues or not, at least we have the space to engage in a good old, constructive discussion.

Another red notification popped up. Caesar Rabbit chose his name because he’s a ‘fan of Caesar’, – which caesar I’ll never know –  and loves rabbits. It all started to make sense. I probed with the question: “How would you feel if you introduced yourself as Caesar Rabbit in a western country – at a job interview, or a club, or a student council meeting?”

“It sounds crazy, but I think it would be fun.” He purred. 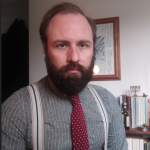