As cases of Coronavirus skyrocketed throughout the United Kingdom and lockdown was extended throughout the country, the Tory government had all but ample opportunity to do what they had been promising for years: take control of our borders, and restrict those coming in during an unprecedented time. To be clear – closing borders to stop immigration has always been a policy mostly driven by xenophobia. However, as the global pandemic has spread, making a mockery of the idea of nations being totally separate spheres, calls for borders to be closed to limit the spread now have some actual, common sense justifications beyond fear of outsiders stealing jobs. So, then, how has the governments response measured up? Is it a case of another Brexit promise let-down, or does it show that those who voted on this basis don’t actually know what border control means?

A year after the first positive case in England, and the government has finally introduced a mandatory hotel quarantine for those coming into the country from a banned travel list. Others must continue with the self-isolation at home if returning from abroad. The BBC posted photos on their website capturing those inside the hotel rooms. Some were up against the window, sporting sad expressions, thumbs turned down. Others posted notes on the windows “Tested negative, let us go!”. While there could be some viable reasons as to why so many needed to travel (current restrictions state you can travel internationally for work, with the remaining guidance along the lines of ‘don’t leave the country’), most in the current lockdown appeared to have little sympathy for those returning. The general consensus from the public, one year on, is that if you choose to break the rules – in this case, travel during a global pandemic – then you must deal with the consequences.

Managed isolation facilities are not a new pandemic response. New Zealand introduced hotel quarantine facilities as early as April, 2020, with Australia following suit some months later. Many countries – such as Japan, France, and the United States – placed a rule that only citizens, tax paying residents, or dependables of citizens could return to their countries during the pandemic. Other countries also required that you get tested before travelling, and asked you did not travel either with a positive test, or symptoms. The current government tackled our border somewhat differently. When it comes to tackling supposedly dangerous immigration (which is, in fact, not a bad thing), without the existential threat of the pandemic, the Tories were willing to prop up border control, announcing an injection of £20 million in 2019. When it came to a pandemic that threatened the entire healthcare system and the wider public health, however, it appeared the holiday industry’s bottom line won out, and substantive action took the best part of a year. In the meantime, over 100,000 people have died from the coronavirus pandemic.

The popular travel corridors – introduced just before Summer 2020 – used R-numbers to determine travel between the UK and other countries where quarantine upon return would not be necessary. While these were updated regularly – with countries such as Spain, France, and Greece all losing their corridor towards the later months of summer – it still left the responsibility of cross-border contaminations on the individual traveller, not the government. While the government argues that the reason for delays on travel restrictions being down to the amount of British citizens trying to return home, the continued lacklustre response to the growing numbers of COVID-19 (particularly in the EU) left us open to the risk of climbing cases, whilst the government did nothing. An article published in September 2020 interviewed those who admitted to breaking self-isolation after travel; survey results found that 1 in 10 said they “likely wouldn’t” quarantine for the full amount of time if they went on holiday during lockdown, with that number rising in those surveyed under-34.

It becomes somewhat bizarre, then, to look back at the support the Conservatives got for their ‘taking control of our borders’ movement during the height of Brexit campaigning. People voting to protect jobs, the economy, and our healthcare surely would take the responsibility not to travel during a global pandemic, right? And certainly those voting to have tighter controls on our border for public safety wouldn’t flout safety rules during a lockdown, surely?

The evidence suggests no. Despite the calls to distance from the EU, to stop EU nationals from just ‘rocking up’ to the UK as they pleased, and for calls for the government to be stricter in their Covid response, there’s much lost when you look at those who think the rules may as well not apply to them anyways. A recent study at Imperial College, London found that in early 2020 “the highest number of transmission chains were introduced from Spain (33%), France (29%), and then Italy (12%) – with China accounting for only 0.4% of imports [of the virus].” The government’s failure to act authoritatively, opting for guidelines for individuals rather than instituting a structured, state-enforced quarantine procedure, is unambiguously to blame for how COVID-19 seemed to enter the UK without any kind of plan to delay its spread. In countries like New Zealand and Australia, where strict international and even state-based borders have been enforced, cases have been more manageable, with regions like Victoria, in the south-east of Australia, issuing a number of harsh, short ‘snap lockdowns’ to stem the spread of new variants.

Though the approaches of Australia and New Zealand haven’t been entirely perfect, the Australasian nations have been incredibly effective in containing infections by not leaving it down to individuals. Unfortunately for the UK, the individual approach has been the bread and butter of the government for the last year or so.

While the government opted to trust their advisory committee Sage on border lockdown measures, there have been many calls from political figures to adopt a more active, centralised policy. Labour Leader Keir Starmer has been among those calling for the government to up the border measures, particularly following the devastating effects of high cases over winter. Yet some say the restrictions now in place are far too little, far too late, and though the Tories maintain faith in their actions, it is hard to argue that the lax border policy has realistically helped an already desperate situation.

The ‘Rona Roadmap and the challenges ahead

As the road map out of lockdown has been set, with the government stating that international travel should not start again until late-May at the earliest, there are still months we need to be watching the government. Throughout this pandemic, the government has had chance after chance to put in policy to mitigate the impacts – and have usually fumbled with it. Hotel quarantines should stay in place while we make our way towards a hopeful post-lockdown Britain, and those in power responsible for the botched self-isolation measures must continue to be questioned about why they acted so late. No country can stop their citizens coming home, which is exactly what New Zealand Prime Minister Jacinda Ardern pointed out when asked why NZ wouldn’t consider a full border closure following new community cases. Yet UK citizens – and our government – have to take more responsibility if we really want to see ourselves restriction free come July.

Equally importantly, we need to scrutinise the government’s line on the border. If the pandemic has proven anything, it’s that the Tories love to use the border as a theoretical means to drum up fear of innocent immigrants. When presented with a real reason to close it, though, they barely think twice when choosing the economy over human life and public health. 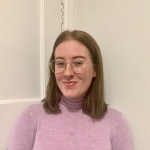