The last decade has seen some seismic shifts in politics. As our society has developed, grown, and marginalised voices have pried open a place for themselves in the mainstream, something else has risen to meet it. A war has sparked around our culture – a “culture war” if you will – and at the heart of it is a contentious and complex concept – free speech. The Tories have recently dived headfirst into this conflict, championing free speech in characteristically bumbling, partisan and disingenuous fashion. As we’ll see, it’s a lot less to do with a noble defence of fundamental rights, and a lot more to do with self-serving political cherry-picking.

It’s important to recognise the context of where this conflict has come from. The culture war is not some bizarre phenomenon to have risen out of nowhere; it’s a textbook example of a cultural backlash. This term refers to situations where two steps forward, be that on women’s rights, rights for ethnic minorities, or other minority advancements, produce a reactionary step backwards.

The idea isn’t a new phenomenon, and history is full of these periods of reactionary movements fighting back against progress. Take the notorious Jim Crow era of racial segregation in the American South, for example. It’s not a new take that the period was, in fact, a direct response to the abolition of slavery after the Civil War: a way for the South of the US to reassert white supremacy after one of its most substantial pillars was pulled down. Closer to home, the rise of Thatcher and Regan were, in their own ways, backlashes to the progressive push of the civil rights movements of the 60s and the union power of the 70s. After the advancement of LGBTQ+ rights, the #MeToo movement and the rise of Black Lives Matter, it appears we may be in the middle of our very own backwards step.

From conversations over Winston Churchill’s genocidal racism, to the National Trust being caught up in a controversy over recognising the legacy of slavery, there’s a lot of friction about Britain, its past and how to tackle our systemic issues. For those on the left, this is a conversation about justice, letting marginalised people be heard, and fundamentally better understanding the world we live in. For the right, however, it’s something quite different: a culture war, stock full of the buzzword issues we’ve become all too accustomed to – ‘wokeness‘, snowflakes and the dreaded cancel culture.

This is where the Tories come in

This war has been waged for years, mostly on hyper-political corners of the internet, steadily creeping into more mainstream spaces like Reddit and Twitter. However, in recent years, thanks to the rise of the alt-right, the culture war has gone mainstream, and has seemingly started to influence actual government policy in the UK. The issues are no longer so trivial: the talking points have grown into discussions of whether systemic racism is real, whether public figures should be held accountable for their views and actions, and the critical issue of free speech. This all came to a head when, last week, the Conservative Party decided to step up to protect free speech in higher education by sanctioning universities that decide not to host certain controversial figures, or punish faculty members for bigoted views.

Let’s dig a little deeper into why this is a bad policy. This defence of academic ‘freedom’ is undermined by the fact that the government deciding who should or should not speak at a University is, in fact, not freedom of speech. Student bodies and universities should be well within their rights to protest the views or platforming of figures with objectionable views. Though nothing is entirely official, this policy may also prevent universities from being able to properly enforce their own safeguarding or equality policies, as there is now a threat of sanctions if someone is fired or demoted for holding views that may actively harm their colleagues and students. For members of minority groups at universities across the UK, this is deeply worrying; in short, this ruling stifles student bodies’ abilities to protest against unsavoury voices on their campuses, and risks undermining safeguarding and diversity policies that our universities so badly need, especially in regard to racism.

From free speech to “defend[ing] our culture”

This isn’t the only change the government has proposed, however. The Tories are also expected to tell heritage bodies and charities to “defend our culture and history from the noisy minority of activists constantly trying to do Britain down.” There is little room to interpret this as anything other than a direct attempt to stamp out criticism, or even recognition of Britain’s violent colonialist past. Given the Tories’ reaction to the National Trust’s exact recognition of that historical reality in late 2020, it in fact feels quite a lot like the ‘free speech’ mask is slipping. This has little to do with actual protection of an open dialogue, but has everything to do with trying desperately to bury real history from coming to the surface.

Britain was once a huge empire, occupying almost 1/3rd of the land mass of the earth. As part of that, we introduced systematic violence, oppression, subjugation and ruling by division to those nations we occupied, using the profits to build our stately homes and modern democracy. We cannot, and must not sweep that violent past under the rug – we must understand and recognise it, and work to address it.

Hang on – does that mean that free speech might be some kind of buzzword, covering for a more sinister pattern of actions?

Well, yes. This push to bury our past isn’t new; over the last decade, the Conservatives have suppressed freedom of information requests for archived government documents, attempted to redact away evidence of colonial atrocities, and keep information about GCHQ, the Falklands and Nuclear testing away from the public record. And that’s not even accounting for the literal burning of evidence of Britain’s colonial crimes that was carried out on a systemic level.

The instructions to heritage bodies to “protect” British culture aren’t about keeping the “woke” masses at bay; they’re about whitewashing British history. Similarly, given this context, the ‘free speech’ situation on university campuses might be a little less ‘free market of ideas’ and a little more about allowing public figures to maintain influence and relevance, free from the consequences of their bigoted beliefs. The culture war isn’t about snowflakes and iffy historical revisionism aiming to ‘destroy’ Britain – it is about truth, recognition, and accountability, and it is clear that the Conservatives aren’t too keen on any of those things.

Taking a step back, maybe this is too cynical a view. Perhaps the Conservative government holds genuine concerns about free speech, and is simply misguided in the course of action they are taking. If this were to be true, you’d expect a staunch protection of other ideas that the government itself may not agree with, surely?

Unfortunately, this is not the case. Take the government cautioning teachers against referencing anti-capitalist materials in schools, as an example. Referring to the viewpoint as an “extreme political stance”, the government has ruled that critiquing the dominant economic system and questioning whether the system could be fairer or more equitable is an unacceptable idea to introduce to the population. That does not seem to be an endorsement of freedom of speech, especially insofar as critiquing capitalism.

Daisy-chained together with the government’s policy on ‘cancelling’ speakers and figures at universities, it appears that Boris and co. are mounting an all-out defence of a certain subset of ideas. The dissonance of it all is intentional: promoting ‘free speech’ on campuses whilst attempting to shut critical theories out of secondary education and heritage organisations is deliberately nonsensical. There is no consistent through-line other than entrenching the conservative worldview, by warding off criticisms of the status quo whilst shouting down opposing viewpoints as illiberal. There’s no moral reason why the Tories will criticise the free speech of those calling for reparations for slavery, or protesting police violence as ‘divisive’, whilst bemoaning universities having a right to uninvite speakers from private events as censorship. It’s about protecting their own and creating moral grounds to scaremonger about ideas they disagree with.

The Tories don’t care about free speech: they care about their reputations and the systems they benefit from.

Don’t fall for it. 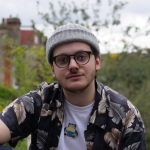