Funnily enough, Saint Valentine wasn’t even associated with love or romance; a keen marketing team is responsible for that. By the mid-19th century, the concept of a day dedicated to love had gained international momentum. Cadbury’s debuted a concoction they coined ‘Fancy Boxes’ for the purpose of Valentine’s gifting and postal systems were revelling in their February fortunes. It’s eerily reminiscent of Coca Cola’s invention of the modern-day Santa Claus, or how chocolate Easter Eggs, once an exclusively Germanic practice, saturated international supermarkets by the late 20th century. The commercialisation and thus commodification of these holidays, all rooted in religion to varying extents, is a little convenient, is it not? I mean, who is it really benefitting? From my standpoint, as a student with no business brain, it’s pressurising me out of pocket whilst actually contributing very little to my welfare.

On a personal level, the principle of Valentine’s Day has never sat comfortably with me. It’s a day that upholds monogamy and commitment like it’s something we should all be constantly aspiring to. The pedestal it puts relationships on isn’t reflective of modern society, indicated by the fact that marriage and long-term relationship rates are on a steady decline. We’re moving away from binary notions of love and commitment, yet Valentine’s Day sales are growing annually. Why? I reckon it has something to do with the pressure we put on each other to ‘never be alone’ and ‘always be fulfilled’. Valentine’s Day has transformed into a social obligation of sorts; if you don’t rejoice in it, you’re assumed to be wallowing in loneliness. Actively rejecting Valentine’s Day is too often considered a sure sign that you’re just a lonely old bugger. Even writing this article, I’m aware that I might seem to some a bitter biddy who’ll be spending the 14th scrolling through ‘all by myself’ memes and re-watching Bridget Jones. They’re the unfortunate assumptions we tend to make when people question how, and why, we uphold monogamy. *Also, let’s not invalidate ‘lonely’ memes, or Bridget Jones. Both are perfectly, universally resonant gems.

The crux of Valentine’s Day is that it’s not so much about authentic love, as much as it’s about proving that you’re loved via monetary exchanges of affection. It takes the ‘true’ out of ‘true love’. There is nothing honest about love wrapped up in Cadbury’s boxes, or imported red roses. Valentine’s is like a big, white wedding in that way; it manipulates us into materialising love. As if humanity is not already saturated with superficiality, as if we need further incentive.

Then there’s the question of inclusivity. February 14th celebrates something that society already worships: the monogamous relationship. Valentine’s has historically been marketed and sold to the heterosexual couple, excluding not only people who aren’t in relationships, but also people who don’t fit the mould of heterosexuality. That’s not to say that straight relationships are less important and shouldn’t be celebrated. But they’ve never been considered otherwise; they don’t need constant re-empowerment. Can they really justify taking up a whole day in their name?

Phenomena such as Galentine’s Day are reactionary measures. Amy Poehler’s reclamation of ‘Valentine’s’ as something to be celebrated between friends, regardless of relationship status, has ‘people are fed up with this holiday’ written all over it. The fact that a Parks and Recreation reference has infiltrated the mainstream narrative surrounding Valentine’s Day surely says something. It’s clear to me that society is shouting, ‘fuck Feb 14th’.

When you go to google Galentine’s Day, you’ll find a heap of articles, compiled by Cosmopolitan & Co, listing all the ‘solo’ things you can buy for yourself around the Valentine’s period. These include heart-shaped pizzas for one (cannot wait), sex books (because if you’re single, you’re obviously doing something wrong) and a plethora of sex toys. Obviously, the commercial beasts have missed the point of Galentine’s Day: it doesn’t want to be included in the festivities, but rather it strives to reject Valentine’s capitalisation of love. Resisting Valentine’s day has nothing to do with one’s relationship status.

With that, I’ve come to the conclusion that Valentine’s Day is redundant. It celebrates something society already worships, and in its path, it drags down those who don’t conform to its definition of love. Its commodification of love does nothing good, bar increase GDP. And yet we continue to annually tolerate it. Call me a romantic, but I think February 14th must be abandoned in the name of love. 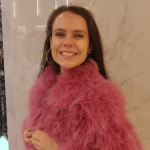