When it comes to animation on the big screen, there is no one with as cherished a collection of childhood favourites as Disney. They have produced some of the most memorable animated properties in the world, and the cultural impact of these films is something that cannot be understated. But alas, as with all things in Hollywood, good or bad, the inevitable remake comes rushing in to rear its ugly head.

Now sure, the House of Mouse has made plenty of remakes over the years to varying degrees of success, so it is no surprise that they would finally crack open their fabled vault to make some ‘new’ multi-million dollar blockbusters for a 21st century audience.

But wait, you might be asking, how could Disney possibly produce the same animated film and expect us to buy it again?

Well, the answer is quite simple. They recruit some of the biggest names in Hollywood and tell them to do the exact same thing, but in live action. So let’s get into it here. Let’s briefly look at the good, the bad, and the ugly, and see how Disney brought some of our favourite animated characters back to the big screen.

In the last half a decade, Disney has cranked out a grand total of nine live action remakes, not including the likes of Alice in Wonderland (2010) and its sequel, which is more like a spiritual successor rather than a true remake. But for the purpose of this article, we are going to turn our attention to the latest one to grace our Disney+ subscriptions: Mulan (2020). Ironically, this just so happens to be objectively the most controversial and critically divisive of all the live action remakes yet, so in this case it’s actually a pretty perfect film.

Now don’t get me wrong, as just another war epic, Mulan is a fine film.

It is only when compared to its animated counterpart that you can really see where Disney dropped the ball. But we’re not here to review these films, we’re here to analyse their production and critical reception to see what Disney has done right and wrong in producing their live action remakes. And, in the case of Mulan, from the moment that it was announced that Eddie Murphy’s Mushu would not be brought to life on the big screen, it was not hard to see what Disney was going for here as opposed to their other live action remakes.

When you look at other Disney remakes like Aladdin (2019) or Beauty and the Beast (2017), one of the things that allowed them to rope in even the most sceptical of fans was the sheer care and respect shown to the source material. Where Mulan chose to toss out a lot of the magic and character depth that made its animated counterpart so memorable, others like Aladdin chose to completely embrace it, offering a charming new cinematic experience on par with its counterpart, if not often better in some regards. But now, although Mulan does not deliver on the expectations inherent with reimagining an animated property as beloved as its 90s counterpart, it definitely delivers on the unexpected.

For, as good as they are, a number of the live action remakes lately, like The Lion King (2019), have been criticized for not adding anything substantial to the stories being adapted beyond a live performance. This particular piece of criticism has often left many seasoned film-goers scratching their heads and asking themselves if it was really worth it for Disney to jeopardize the legacy of these animated classics by merely reproducing them as quick cash grabs. But that is not an issue that Mulan (2020) finds itself running into.

While it may be stepping on the legacy of the animated classic in other ways, you cannot deny that Mulan at least offers the most when it comes to new material. The reinterpretation of the title character alone as a chi-wielding witch of sorts is something that no one could have seen coming, and for better or worse, it no doubt added something fresh to the narrative that wasn’t always there.

For all of its faults, Mulan is at least a very new film.

So, what can we take away from this brief look at Disney and its live action remakes? Well, it’s clear that the key moving forward is for the House of Mouse to aim for that sweet spot between new and old, realistic and magical. While loyal fans will often appreciate something more, they don’t typically want a completely new film behind the guise of one of their childhood favourites.

But at the end of the day, the dollars don’t lie, and while Disney may have hit a bump in the road with their latest outing, they still seem to be on the right track when it comes to live action remakes.

The next one to look out for is Cruella on the Disney+ streaming service. A promising new take on the One Hundred and One Dalmatians (1961) in the vein of Maleficent (2014) that will see the rise and fall of the titular dog obsessed villain. 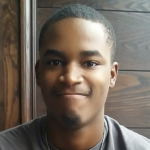 I’m an aspiring creative and lifelong learner with an amateur background in journalism for print and broadcast, as well as over five years of hands-on experience in audio and video production.

My goal is to start a career writing and producing for film and television but, until then, I do have CAT Comics, a publishing company I recently launched in an effort to start forging my own way through the entertainment industry.