Why is the word feminist associated with such negative connotations? We often hear the word and roll our eyes at the idea of those bra-burning, trouble-making lesbians that hate all men. But so many of us don’t really understand what feminism means, and how false these assumptions are. Once these misconceptions are overlooked, it’s hard not to support the movement. This article will confront some of the major misconceptions and stereotypes that circulate the social conversation around feminism, linking them to powerful feminist texts that give us perspective into what being a feminist really means.

Feminists are often misconstrued to have some sort of issue with feminine females. Some believe that being a feminist means that you must subvert all social norms and stereotypes of what femininity means by being the complete opposite. This would suggest that a woman who appears to be the hyper-sexualised and feminine social standard of women could never be a feminist.

The feminism movement has had a turbulent relationship with the concept of femininity and how the two can co-exist. Some feminists do have an issue with the idea of femininity, seeing it as surrendering to the patriarchy to instil subordination. They therefore believe that feminine women cannot be the superior (or for that matter, equal) sex. There is some level of logicality to this idea. Feminism sometimes aims to disrupt the stereotypes that have been created of women, which often hyper-sexualises them. However, in contemporary society, feminism has embraced femininity to a much further extent to re-appropriate the sexualisation of feminine women. Women are fighting against the patriarchy by redefining what it means to be a woman – now that’s feminism.

In line with this idea is Natasha Walter’s Living Dolls: an easy-to-follow breakdown of gender stereotypes. She describes a world in which girls have conformed to the hypersexualised societal standards that have been enforced upon them; the ideals that girls have inhaled through the sexist adverts and toys they’re handed as children. Walter highlights the concerns of young girls becoming replicas of the dolls they once played with as kids, hence the disturbing title. She creates an unsettling image that scares us into deconstructing the way we discriminate on the basis of sex, forcing us to confront the gender stereotypes that have been embedded so deep in our society.

Reading: We Should All Be Feminists by Chimamanda Ngozi Adichie

This idea has circulated the conversation about feminism since the movement began in the 1800s. Some people still believe that feminists hate men and want to overpower them in all walks of life. Not only is this not at all a truthful assumption, it is a very narrow-minded approach to understanding feminism.

Feminists aspire for equality, they fight for equal rights for both men and women in society: equal rewards, equal opportunity and equal treatment. The concept is all about supporting women around the globe and fighting against any discrimination they face based on their gender identity. Wanting to overpower men would completely contradict their beliefs; they wish only to confront the oppression they face as women so that they can be accepted and treated equally.

Chimamanda Ngozi Adichie has contributed to the feminist movement throughout her career. She proudly identifies as a feminist and her ideas about feminism and gender equality have circled the globe since her TEDx talk We Should All Be Feminists in 2012, which was later turned into a book in 2016. She discusses the expectations of women in society (a society ruled by men) and the lessons we teach women that contribute to the norms and stereotypes that damage social inclusivity.

Adichie defines feminism with experiential stories that educate us about both the overt and covert mistreatment of women in society. She encourages us through her intellect and honesty to claim the title ‘feminist’ and educate ourselves and others on the importance of what that really means.

Misconception #3: All women face the same fight for equality

Reading: Why I’m No Longer Talking To White People About Race by Reni Eddo-Lodge and I Know Why The Caged Bird Sings by Maya Angelou

The idea that different women face different battles for gender equality is often overlooked. Societal treatment differs for women based on their race, class and sexuality. Not only are women discriminated against for their gender identity in generalised society but also within the feminism sphere. As mentioned above, it’s not rare to see feminine women outcast by other feminists, nor is it rare for the same to happen to Black women.

An experience like this is described in Reni Eddo-Lodge’s Why I’m No Longer Talking To White People About Race. She was excluded from a feminist meeting by her white counterparts when she mentioned that the unique discrimination she felt was due to her intersectionality. An understanding of intersectionality and its place within the feminist movement is crucial and is something that must be widely spoken about. This book provides vivid insights to subjects, including the perception of race in the UK, Black history and white privilege, to fully understand the fight that Black women specifically are still facing in today’s world.

The conversation about intersectional feminism is an underlying theme of Maya Angelou’s first volume of her autobiography, I Know Why The Caged Bird Sings. Her brutally honest account of the hardship she faced in the first chapters of her life sparks social conversations about racism, sexism and classism. It provides an insight to life in the South during the 1930s, and how the depression effected Black and white people differently.

Her account of the first seventeen years of her life is an eye-opener to the different conflicts, sexual discoveries and various types of trauma that girls like Angelou would’ve faced growing up as a young Black woman. I Know Why The Caged Bird Sings is a critical advancement in understanding the history of Black feminism and why the conversation still needs attention in contemporary society.

Feminism is an ongoing movement and one that needs men and women alike to join the fight against the stereotypes and misconceptions discussed in this article. But, to achieve any progress at all, we must first educate ourselves: make sure to seek out the texts above and help pave the way for a future of equality. 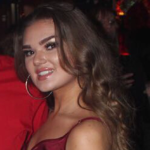 I’ve wanted to be a writer since I was four and I started reading Green Eggs and Ham by Dr. Seuss. Now here I am, a freelance journalist writing about everything that is important to me. Although I’ve not yet written a book, I love sharing my thoughts about important social issues and being a voice for those who need it most.