For readers and non-readers alike, the new thing is audiobooks. Whether you are a commuter, a cooker, or a gym bunny, audiobooks are a brilliant thing to incorporate into your daily routine, and here is why.

At the start of 2020, audiobooks were on a serious rise. The growth in popularity was developing at such a rate that some authors began to skip the printing process altogether, and others were writing exclusive audio content. With a drop in physical book sales, audiobooks were beginning to make their mark, but this new phenomenon was generally viewed as favourable by many publishers. For instance, Fionnuala Barrett, the Editorial Director of Audio at HarperCollins, noted that audiobooks are “the blue-eyed boy of publishing at the moment” and went on to comment that audiobooks tended to be addictive.

As their reputation strengthens, audiobooks seem to have become a firm fit in many people’s lives. They appear to be bringing in new audiences, whether these people are non-readers, or readers that find some genres more appealing in an audio than a print format. Various publishers and data providers for the publishing industry have noted great changes as a result of the attractiveness of audiobooks. Richard Lennon of Penguin Audio said “The really exciting audience for me is people for whom reading and books are not fundamentally part of their lives,” displaying the excitement of the publishing world. Similarly, the Publishers Association found 54% of UK audiobook buyers listen for their convenience and flexibility. Nielsen Book discovered downloads of audiobooks in the UK were highest in urban-dwelling males aged 25-44; a contrast to Amazon’s own Audible that saw a large growth in the 18-24 ages bracket.

As audiobooks have received more attention from the general public, they have also obtained status amongst celebrities. In 2020 alone, Penguin released 30 of their classics in audiobook format, making what some would consider a heavy read, much more accessible. Similarly, Audible has been working with Stephen Fry on a 72 hour long reading of Arthur Conan Doyle’s Sherlock Holmes: The Definitive Collection. Although listening to your favourite actor read to you sounds incredibly appealing, Fionnuala Barrett of Harper Collins also made apparent that “The voice is the absolute make or break, so getting the casting right is a huge responsibility […] Big names only work if they have a genuine connection with the material.”

Ultimately, the rise of audiobooks can only be seen as a positive step in the right direction when it comes to sharing stories. Audiobooks are not only accessible and able to easily slot into our daily lives, but they are also incredibly inclusive for those of us that may be unable to read print or struggle to do so. Audiobooks are an incredibly favourable step in the storytelling world, as a result of their availability. Many of us may not wish to pay for an audiobook subscription service and for those of you that this applies to, do not fret, I have a solution. Step one is to join your local library if you are not a member already. Next, ensure your library has audiobooks available, often libraries team up with other companies and applications such as Libby or Borrow Box. Once you have done this, listen away to your heart’s content, the same way you would with any paid audiobook subscription.

There is much debate about whether listening to audiobooks classes as reading an actual book. Unfortunately, those that have this opinion are small-minded. Giving people the opportunity to explore and enjoy literature, in whatever format, should always be praised; rather than quibbling over the medium of how this action occurs. Barrett says that “the people that are sniffy about them, are the people who will be sniffy about anything” and I could not agree more.

Go and enjoy books in whatever format you prefer but give audiobooks a go. You don’t know what you are missing! 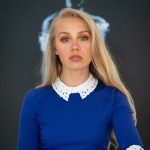