As we emerge from the second lockdown of the year and are forced to negotiate the short, dark days that offer no relief from the harshness of 2020, it feels as though winter started in March and never had the chance to thaw. Some welcome the newfound slice of freedom and start to celebrate the festive season whilst many others are still processing the troubles they have faced and haven’t worked up the courage to embrace the cold that greets them on the doorstep.

During a period of widespread grief, financial struggles and mental and physical health issues, Wintering by Katherine May offers itself up as a reassurance of the immense value of rest and retreat when looking after ourselves and trying to survive our personal winters. This is a therapeutic and uplifting read for anyone seeking an antidote to the trials and tribulations of a year spent in unexpected circumstances and will continue to lend a helping hand when you need it most.

The book begins with illness, a reminder of human mortality that throws so many of us into a place of uncertainty and fear: May’s husband, referred to as H, is hospitalised with a burst appendix and she remains at his bedside, afraid of what might happen if she leaves her post. Although this catastrophe seems to trigger her period of darkness, it awakens her to the change and turmoil that had already been uprooting her life, confirming the inevitability of some sort of crisis taking hold.

With her son returning to school, her notice recently handed in for her job as a university lecturer and her first book in six years just published, she had been continually flirting with what she calls “Somewhere Else,” a place you quietly fall into when the world shifts around you and leaves you rejected and alone. Only now, she succumbed and fell between the cracks to hit the ground hard.

May describes wintering as an involuntary “season in the cold” brought on by illness, failure, birth, bereavement, transition or heartbreak in all its unruly forms. She relates her winters to bouts of depression that she first encountered at the age of 17 and recognises that “the times when we fall out of everyday life remain taboo,” associated with embarrassment that forces us to grieve in private. However, whilst it inflicts great pain and loneliness, she believes wintering isn’t something to resist as, like the seasons, it is inevitable. She draws attention to its importance and the strength and wisdom of those who have wintered, aiming to break the silence around the subject. What starts as a reflection on her supporting role for someone else’s ailments, turns into a personal and candid take on her own experiences of winter as she shares her strategies for surviving and embracing the changing tides of human existence.

Drawn throughout her life to the North, May admires the Nordic acceptance of winter, the ways of living they must adopt to survive the deepest cold and reap the transformation the wintering process brings. She tries to embrace heat as a vital contrast to the cold, attempting the Finnish “to sauna” which involves achieving an almost spiritual state of being by immersing yourself in extremely high temperatures, sometimes followed by rolling naked in the snow. However, her experience at the local gym sauna ends comedically with her getting to know the verruca-ridden changing room floor as she lies dehydrated in her underwear in front of the entire staff team.

After attending the Stonehenge Solstice celebrations, she begins to note the transitions between the seasons, inviting the winter in, bringing light to it and sharing its burden with other people, saying “Our winters are social glue.” Finding more luck with the powerful benefits of cold-water swimming than saunas, May navigates her own way through the ups and downs of life and inspires you to find your own path built on the transformative nature of human connection.

Part memoir and part exploration of the human condition and natural world, Wintering flawlessly combines May’s ruminations and recounts of life events with research, excerpts from literature and enlightening conversations. You become so accustomed to her poetic writing that reading it feels like being enveloped in wisdom, knowledge and comfort as she shares secrets from the animal kingdom and scientific explanations of natural phenomena, all of which emphasise the cyclical nature of life.

If there’s one lesson to take away from this book, then it’s this: if we remain focused on the present moment knowing it soon will become the past and the past will come back around as the future, we can keep learning, adapting, surviving and embracing any winters that come our way. 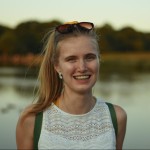 Katie Moncur is a First Class English graduate from the University of Nottingham with three years of experience in the University’s award-winning Impact Magazine. She joined Impact as a writer and photographer before progressing through the ranks to Editor-in-Chief, where she used the magazine’s platform to empower the student voice on topics close to her heart such as health and wellbeing, sustainability and identity. She is now the Entertainment Editor for The New Collection and loves it!

Katie is an avid reader, podcast-listener and traveller who has enjoyed writing a diverse range of articles from travel pieces and news investigations to gig reviews and artist interviews with the likes of Pale Waves, Circa Waves and Tom Grennan. If she’s not playing Korfball or practising Downward Facing Dog, then you’ll most likely find her eating her way through a pack of biscuits with either a cup of tea or a g&t.