On my very first day studying law at University, one of the female lecturers stood up in front of the room, in front of all of our fresh faces, and said “the law in practice is currently white, male and stale”.

At the time, this was nothing more than just a funny anecdote, to make us all giggle and relax, to think that the law school wasn’t so scary after all. Unfortunately, at the age of 18, I didn’t quite realise just how true and how worrying this statement was.

It seems that when one looks higher up the chain, the less women you will encounter. The more senior the role, the more predictable the candidate.

Just 3 out of 12 Justice’s in the UK Supreme Court are female.

And just 9 out of 38 Judges on the UK Court of Appeal are female.

These statistics are undeniably embarrassing, disappointing and infuriating.

It seems clear that despite the fact women are in abundance among law students and in practitioner roles, there is a frustrating lack of women represented in the senior judiciary.

You may think that this is because women just don’t aim for these roles, or that others are just more suited to the task no matter who they are and what gender they identify with. If a man is simply more tailored to the job, then who are we to judge?

However, you would be naïve to do so.

Women have been unwelcomed in law (particularly in roles of seniority) since the beginning. In my short career I have witnessed a number of sexist occasions that have made me question the industry I’ve found myself in.

During a work experience placement, I witnessed the female solicitor I was shadowing be mansplained and pitied by a fellow male solicitor, who deemed her role less worthy than his. When he walked away, she was livid. I have spoken to a friends mum who once worked as a court clerk. She told me that when she was 6 months pregnant, she had to get permission from the judge to not have to wear high heels to work. I have been told before entering Liverpool Crown Court that I will most likely not be liked because I was wearing trousers instead of a dress or skirt.

Even the origins of the judge’s and barrister wigs are inherently biased in that they were always designed to be mens wigs. However, according to Baroness Hale (one of the incredible 3 women sat on our Supreme Court) this “is one of the reasons why the early women barristers wanted to wear wigs. It was because they wanted to look like everybody else. But we have got beyond that.” (https://www.bbc.co.uk/news/uk-24370177).

So why is there a lack of women in the senior judiciary?

Helen Grant, lawyer and Minister for Women and Equalities 2012-2014 has stated that there may be some intentional discrimination against women in the law. Grant expressed that “[Law] is a man’s world built by men, whether we like it or not. People tend to recruit in their own image, so male imbalance prevails.” In some cases, this can be deliberate, or it could be done subconsciously (https://www.stylist.co.uk/people/uk-justice-system-lack-of-women-judges/17943) .

This is so deeply saddening, and made worse by the refrain that our judiciary will be somehow damaged by exchanging merit for diversity. Achieving equality is not difficult, and by broadening access to the industry and by appointing more brilliant female judges to both our Supreme Court and Court of Appeal would be a good start to achieving this.

The current legal system clearly buys into old-fashioned gender stereotypes. Women are seen as too empathetic and sensitive for such roles, whereas men can be strong, confident and direct.

It is our job now to correct this, to give young girls and those in underprivileged backgrounds role models that they can look up to, and to give hope to so that our judiciary will finally be fuelled by people who deserve their status, people with talent and ambition rather than the ‘right’ background and privilege.

It is important that our judicial community become more representative to achieve equal opportunities and to safeguard public confidence in our legal system. 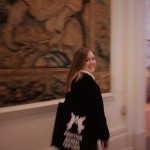