It may sound radical, but did Boris Johnson just dismantle the United Kingdom before our very eyes? As the world prepares to witness a new tenant at the White House, coming to terms with a fragile future is a domestic problem as well. Yesterday (31/10), the Prime Minister Boris Johnson announced a return to full lockdown for England. The remaining three nations of the United Kingdom were untouched by the decision, sticking to the trend of firmly entrenched devolution for coronavirus decisions. To the lockdown enthusiasts and their anti-state nemeses, whether or not England should or should not have the month-long lockdown – which starts on Thursday – is a different debate: a debate that has more than replaced the leave-remain tribalism we fought to erase from society after Brexit.

Here, the focus instead looks at how decisions have been made and, like an almighty mirror in the North Sea, how the nature of these strategies reflect the state of the United Kingdom’s central premise – unity. The four corners of the UK have never felt so independent from one another. It begs the question as to whether, in terms of the United Kingdom’s future, coronavirus will be the nail in a coffin whose lid has come so close to shutting already.

In the hours that delayed the press conference yesterday evening, the rolling news outlets could afford to explain the situation across the rest of the UK. This already appears misplaced given the nature of the first lockdown which placed every man, woman and child across the four nations into a strict three-month cessation of daily life as we knew it. Now, people in Scotland, Wales and Northern Ireland are running at different paces at different levels. At one point, a trip around the UK would have shown no difference regardless of your location. The same trip would as of Thursday would require two tier-systems, one lockdown, pubs shutting at 10pm, but and also not opening, but some for food, but maybe some for a drink, cafes until 6pm unless it’s a lower tier in which case anytime but reduced items on sale but also everything thing you could ever wish to buy. If the trip was with friends, then some places would mean being together but outside, or inside but two households, but then outdoors from two households up to six. It’s a silly analogy – and no tourists should realistically undertake such a visit for the meantime – but the point stands – the role of a UK-wide government is redundant. It is, you may say, indefinitely furloughed.

And not through dismay, either. Up here in the Glasgow area (where cases have flared up in the past few months) no voices can be heard calling for an end to the Scottish government’s ownership of the enormous task. In Wales, the “firebreak” lockdown announced by Mark Drakeford is set to end on November 9th. The fiasco over essential products did not make the policy’s reception any smoother, yet it does not appear that the three million people in Wales have denounced their Labour government in favour of Westminster. The line between accepting that a polity (government, assembly) has the ownership of a task and being angry with their decisions is very fine but so far it has stayed firm. Devolved administrations are not begging London for help, assistance or shared responsibility – the Westminster complex is now for England and England alone while the term ‘United Kingdom’ feels like a nostalgic quip, not an authority figure. 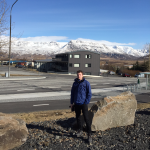