Yes, although you’re not a computer, you share something with a machine: it’s a code, the DNA. No big surprise here, but here’s the thing: you can be hacked too!

Jokes apart, the process of deliberately modifying the DNA is called gene-editing. It has the potential to be one of the most effective weapons at our disposal in the battle against hereditary disorders, a global cause of psychological and economic distress.

The idea of modifying the genome has been of interest to scientists since the discovery of the DNA in 1953, but the tools developed to perform the job were often inaccurate and therefore too risky to be used on humans.

Everything changed in 2012 when Jennifer Doudna (University of California, Berkeley) and Emmanuelle Charpentier (Max Planck institute, Germany) discovered a way of harnessing the so called protein CRISPR-Cas9 for gene-editing purposes.

When earlier this month they’ve been awarded with the Nobel prize in chemistry, the two scientists already enjoyed international recognition from the scientific community following the discovery of this new technology.

The precision of CRISPR in targeting specific genes is unprecedented and constitutes a revolutionary eureka in the field. The molecule, in fact, is capable to accurately cut strands of diseased DNA genes and replace them with sane new ones, or just simply remove the genes responsible for contracting diseases. With the right application of this technology the consequences are incredibly vast.

Now, while there are many ethical concerns surrounding the idea of modifying one person’s genetic code, there are also some practical problems regarding the safety of the individuals involved. In general, most gene-editing technologies share the common problem of potentially causing unwanted random mutations. This usually happens when the new gene does not fit into the emptied slot but instead goes to some other place, interfering with the DNA structure.

That’s exactly where CRISPR makes a difference. Thanks to its simplicity, time efficiency, cost efficiency and accuracy, CRISPR has become the modern standard for genetic modification of foods and animals, it’s a total game changer.

In simple terms, CRISPR is the process that naturally occurs in bacteria when attacked by specific viruses called bacteriophages (‘Bacterium-eaters’, from Ancient Greek). In the process a protein called Cas9 is responsible for scanning the DNA, and it does it with such a precision that its importance for gene-editing is comparable to the importance of scissors for barbers.

After its discovery CRISPR was being used successfully on plants and animals. It was not until November 2015 that it was first tried on human genome, although earlier that year scientists including Doudna advocated restraint in its application until safety concerns were settled.

The trial happened in China where CRISPR technology was applied on a number of non-viable embryos unsuccessfully for the most, as they showed a number of random mutations at the end of the process. A similar study was published the following year, again in China using non-viable embryos, but this time the success rate was a little higher.

However, it wasn’t until 2018 that it was purposely tried on a sane human embryo through IVF (‘in vitro fertilization’) that was eventually delivered by its mother. The procedure gave birth to two perfectly sane babies, Lulu and Nana, with one difference, the gene responsible for the reception of HIV virus was extracted, therefore the babies were born immune to HIV.

The surgery was carried out by Chinese biophysics researcher He Jiankui. His experiment was widely condemned internationally, and his researcher’s activity was suspended the same year. The following year he was fired by the company that hired him and sentenced to serve three years in prison for “illegal medical practices”.

While He Jiankui’s activity has been condemned he set a new positive precedent in gene-editing that may open up the discourse of germline modification.

The importance of modifying germline genetically is mostly found in the consequence of a disease-free offspring. In fact, when a gene is removed from an adult, it will still be present in its children, but when it’s removed from a single-celled embryo its future offspring will not present the gene.

Thanks to this technology the number of eradicable diseases has increased substantially. For example, if every new baby were to be subject to the same treatment that Lulu and Nana were subject to, in the long run we would have an HIV-free humanity, and the same could be said about cancer and a ton of other disease.

Now these are extreme possibilities but they do serve the purpose of showing the true potential of accurate gene-editing.

Regulations that approve genetic treatments are already under way. In December 2017 the FDA (the US ‘Food and Drug Administration’) approved ‘Luxturna’, a gene-therapy treatment for children and adults affected by hereditary retinal dystrophy.

Clearly great power inherits great responsibility, and who knows if the humanity is ready to take on yet another political debate, this time about eugenics and genetically enhanced designer babies. 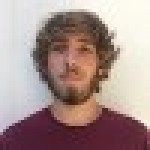